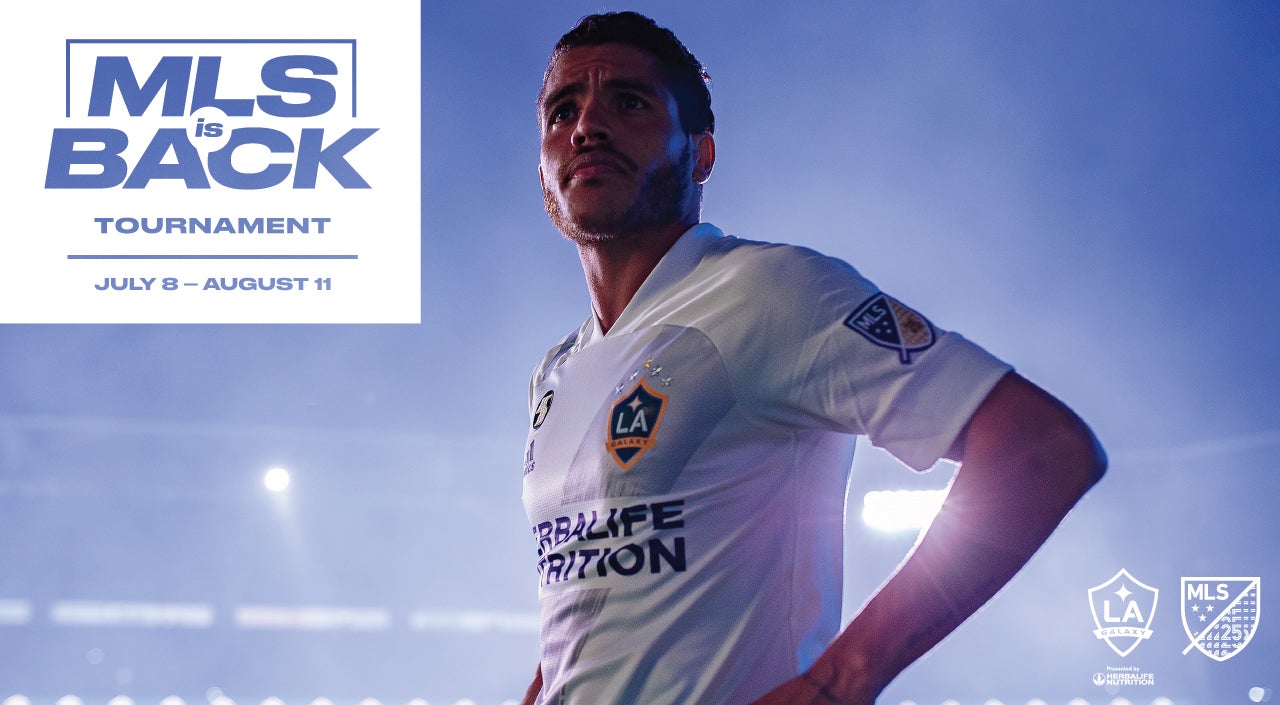 MLS is Back: All 26 teams to resume season at ESPN Wide World of Sports starting July 8

NEW YORK & LAKE BUENA VISTA, Fla.(Wednesday, June 10, 2020) – Major League Soccer today announced the league’s plan to restart the 2020 season with all 26 MLS clubs competing in the MLS is Back Tournament at ESPN Wide World of Sports Complex at Walt Disney World Resort in Florida beginning July 8. The tournament, which will be played without fans in attendance, provides a compelling way for MLS to resume its 25th season. Group stage matches will count in the MLS regular season standings and the tournament winner will earn a spot in the 2021 Scotiabank Concacaf Champions League.

“We are pleased to team up with Disney to relaunch the 2020 MLS season and get back to playing soccer,” said MLS Commissioner Don Garber. “The opportunity to have all 26 clubs in a controlled environment enables us to help protect the health of our players, coaches and staff as we return to play. We also recognize that the death of George Floyd and others has focused our country on issues of racial injustice, inequality and violence against black men and women. Together with our owners, players and staff, the League and its Clubs are deeply committed to creating meaningful and impactful programs to address these issues that have plagued our society for far too long."

Major League Soccer has a longstanding relationship with ESPN Wide World of Sports Complex. The league held its 1998 preseason at the complex, and hosted events for the 1998 and 2019 MLS All-Star Games at the facilities.

“Sports have the power to unify and inspire, particularly during challenging times,” said Josh D’Amaro, chairman, Disney Parks, Experiences and Products. “And we’re looking forward to bringing this exciting sport back to millions of fans, while prioritizing the health and well-being of the players, coaches and support staff as well as our cast members.”

Clubs will begin arriving in Orlando as early as June 24 for preseason training. Clubs that can conduct full team training in their markets pursuant to the league’s medical and testing protocols must arrive no later than seven days before their first match.

Similar to a FIFA World Cup format, the tournament will feature a continuous schedule of matches nearly every day, with games beginning at 9 a.m., 8 p.m. and 10:30 p.m. EDT. The vast majority of the matches will be played in the evening. Each team will play three group stage matches, and those results will count in the 2020 MLS regular season standings. After 16 consecutive days of group stage matches, the top two teams from each group along with the four best third-place finishers will move on to the knockout stage. The knockout stage will include a Round-of-16, Quarterfinals, Semifinals, and the Championship match will take place on August 11. Matches tied at the end of regulation in the knock-out phase will proceed directly to a penalty kick shootout. Click HERE for the MLS is Back Tournament Competition Guidelines.

MLS worked with U.S. Soccer, Canada Soccer and Concacaf to institute a one-time change to MLS berths to the annual Scotiabank Concacaf Champions League. The MLS is Back Tournament winner will earn a spot in the 2021 Scotiabank Concacaf Champions League, regardless of whether it is a U.S. or Canadian club. The winner would replace the berth previously awarded to the MLS regular season points leader in the conference opposite of the 2020 Supporters’ Shield winner.

In addition to matches that count in the regular season standings and the Champions League berth, players will have the opportunity to earn additional bonuses as part of a $1.1 million prize pool.

The substitution limit for the tournament will follow the new protocol set by the IFAB and allow five substitutions per match. In addition, teams may name up to 23 players on each official match day roster. Also, the Professional Referees Organization (PRO) will have access to video review for all games.

As the host club, Orlando City SC will be given the top seed in Group A, which will be the six-team group, and will play in the first match on July 8. The five remaining seeds will consist of the four semifinalists from the 2019 MLS Cup Playoffs – Atlanta United, Los Angeles Football Club, Seattle Sounders FC, Toronto FC – and Real Salt Lake (the team with the next highest points total in the Western Conference from the 2019 season). The seeded teams will be drawn into their respective groups first and then the remaining 20 clubs will be drawn and distributed across the conference-based groups.

In addition, the tournament schedule, national television partner networks, and other important details for the MLS is Back Tournament will be provided soon.

Upon completion of the MLS is Back Tournament, MLS plans to continue its regular season with a revised schedule in home markets, followed by the Audi MLS Cup Playoffs and the 25th MLS Cup. The schedule will be developed at a later date. The final number of matches and the schedule for the remainder of the 2020 MLS regular season will be announced in the coming weeks.

The MLS medical department and the league’s infectious disease experts have developed a comprehensive COVID-19 testing plan which will be implemented for the entire MLS is Back Tournament. An overview of health, safety and medical protocols can be found HERE. In addition, MLS will make a contribution of serology (antibody) tests to Central Florida residents beginning June 18.

August 11: MLS is Back Tournament Final